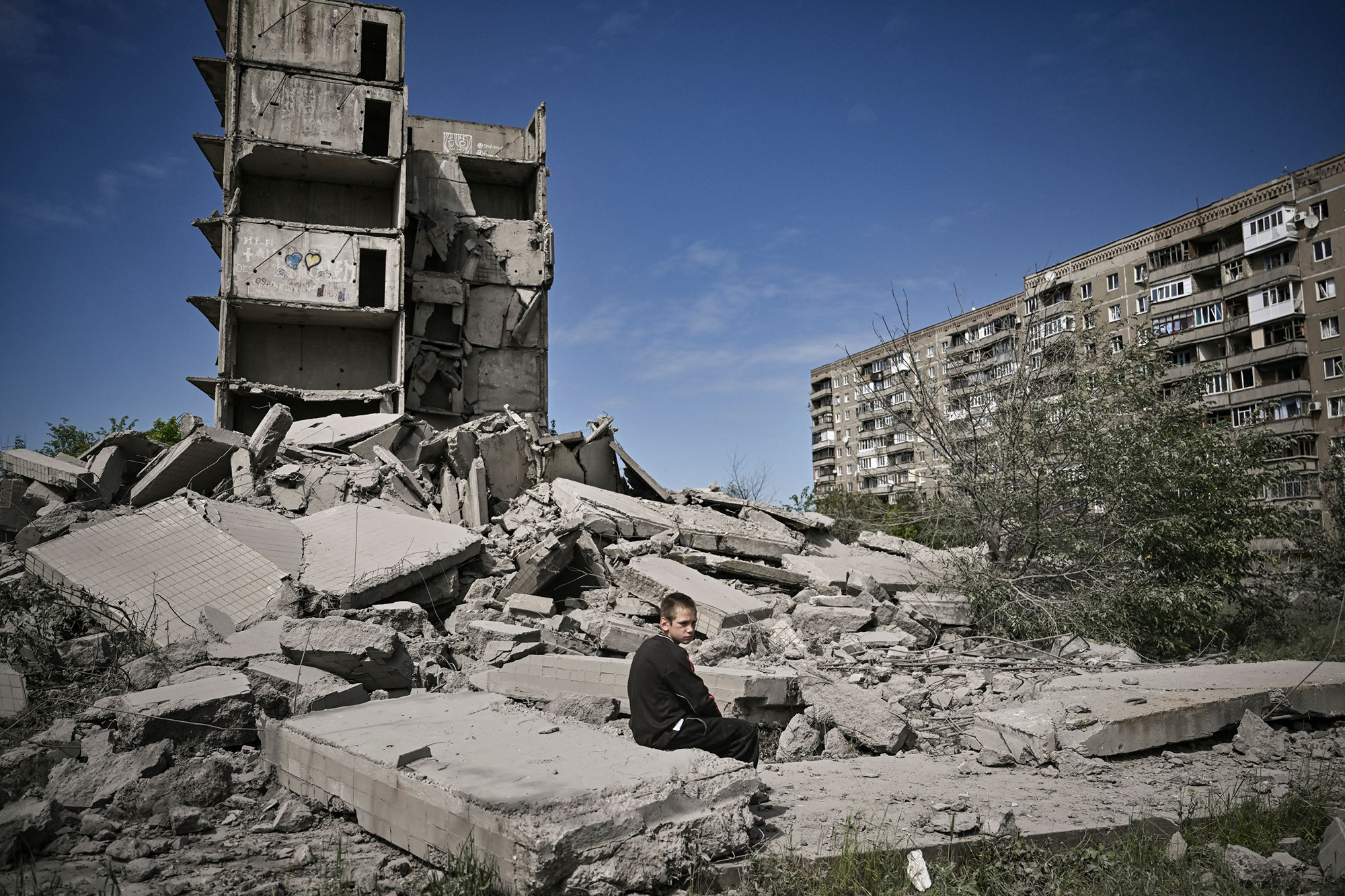 A couple of friends took a drive to see their old apartment building in Severodonetsk. All they have found is ruins and more ruins. Some buildings were cut on half, twice. Grocery stores, schools, apartment building are now rubble. There are people under the rubble, but russians refuse to rescue them. The smell is unbearable. Any building that’s left is used by russian forces and have a russian flag on them.

In order to move around the city everyone needs to have a special pass issued after “filtration”. If you drive a car in Severodonetsk, you better have a russian flag inside to avoid any trouble. Kids are still there. There is a girl rollerscating, the children of war. How did your summer go?