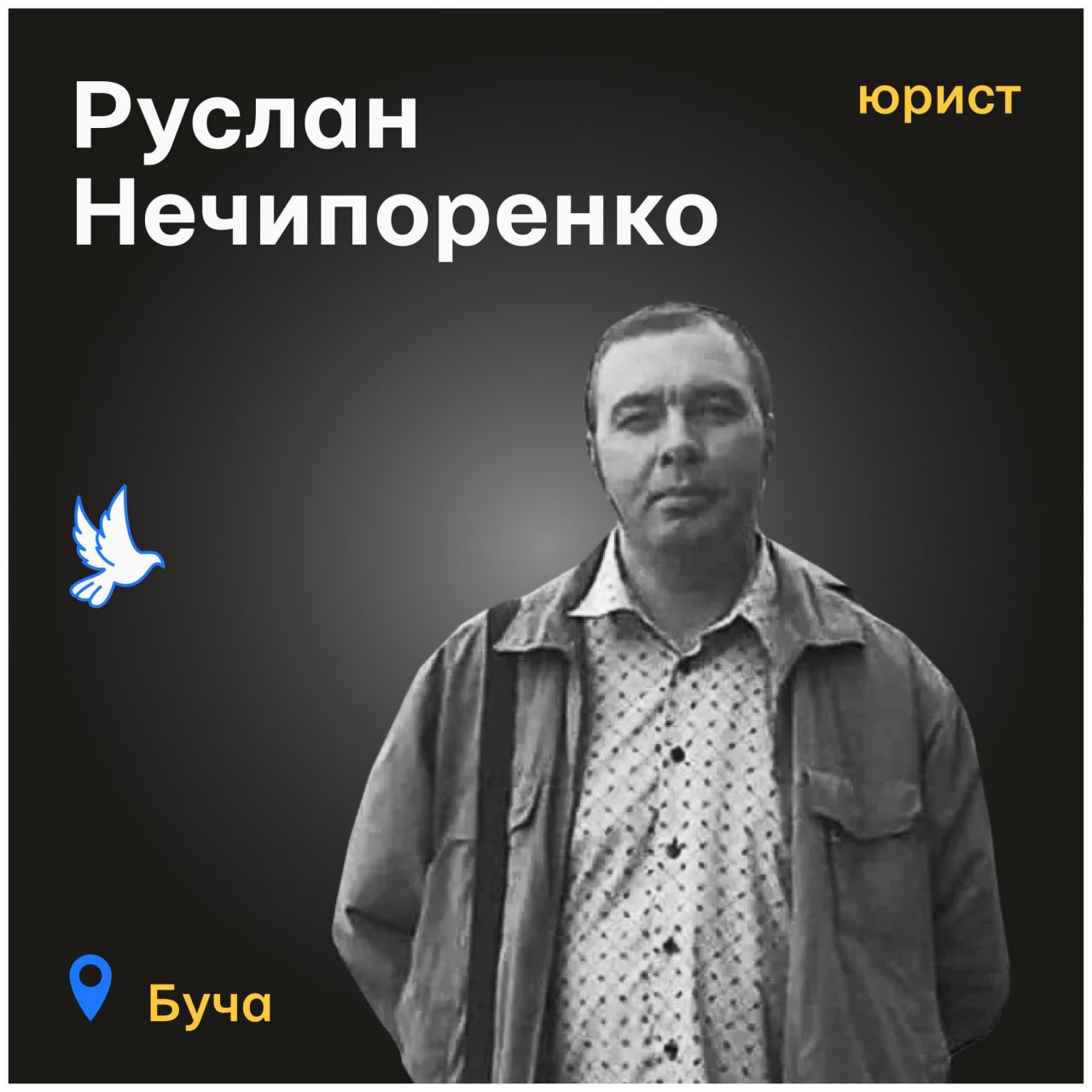 On March 17, 2022,the 47 year old father together with his 14 year old son took a bicycle trip to Bucha city hall (a suburb of Kyiv, Ukraine). They were stopped by a occupied Russian army’s checkpoint. One of the Russian soldiers started to shoot. The survived son Yuriy tells the story: “We told them that we didn’t have any weapons… Dad turned his head towards me, and at that moment they shot him… They shot him twice in the chest, straight into his heart. Then he fell”.

The body of the killed father, Ruslan Nechiporenko, was buried the next day. The wife Alla buried him in their backyard, close to their house.

The family survived by his three children and wife.